Of the films that Seijun Suzuki would make for the Nikkatsu studio, Tokyo Drifter was one of the wildest, audacious, and visually stunning, yet it was also one of the most incongruous for both Suzuki and Nikkatsu. It was a bold visual statement that happened to also be a complicated yet predictable action film. 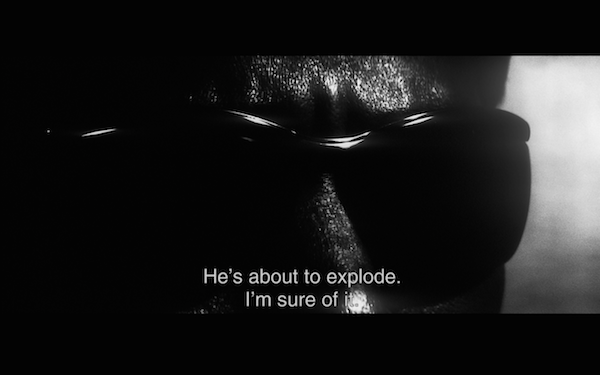 The opening is in black and white, with thugs beating up Tetsu, the hero, who is trying to make a clean break from the yakuza. They leave him bloody and beaten in this depressing, black and white wasteland. Tetsu picks himself up, finds a toy gun between two rail cars that happens to be in color, and calmly says “Don’t get me mad.” From here we leave the old world, the black and white world, for a world that is full of vivid and at times overwhelming color.

The plot is almost unnecessary and at times it is nearly incomprehensible. Rather than bog us down in details, the plot is basically a way to transition from one action sequence to another. They skip ahead in time rather than wade in exposition. We know that there are rival gangs that are trying to get over on another, and Tetsu is caught between them. He becomes such a fearsome enemy that all the gangs target him, yet he is able to elude them. Always. He is the Tokyo Drifter, the ultimate badass, a killing machine that cannot be caught, contained, and of course, cannot be killed no matter how hard they try. 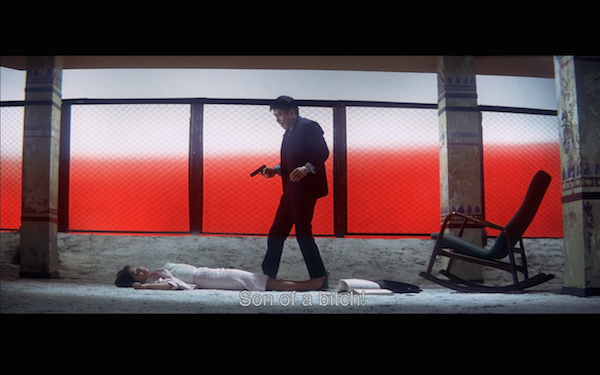 What separates Tokyo Drifter from all the other Nikkatsu teen films that were coming out during this period is the vivid visual style. Suzuki uses flamboyant colors whenever he can, usually loud and bright colors, the types that were being used in pop art –- purples, pinks, yellows, blood reds. Even though the sets are just as unrealistic as the plot, they make this for an aesthetically pleasing and thrilling ride. You can turn your mind off, get lost in the eye candy, and root for the hero to triumph over his enemies. 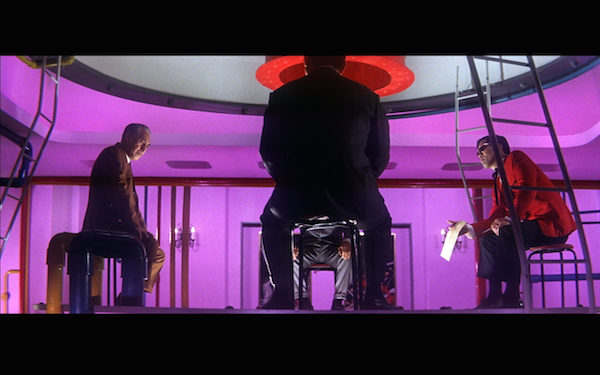 Enemies plotting to take down Tetsu

The rival gangs and their real estate shenanigans are the embodiment of evil. They claim that “money and power rule now. Honor means nothing.” They have no redeeming qualities whatsoever, and exist completely as flattened villains. This works as a way of hero worship. As bad and bumbling as his enemies look, Tetsu just looks cool, calm, and elevated by comparison. In one scene he takes on multiple opponents, which is odd given that this is a yakuza and not a samurai film, but the choreography is reminiscent of how Zatoichi dispatches several enemies at once. You have to suspend enough disbelief that these people wouldn’t be wise enough to just take a few steps back and fire their guns at Tetsu. This is not a realistic world. 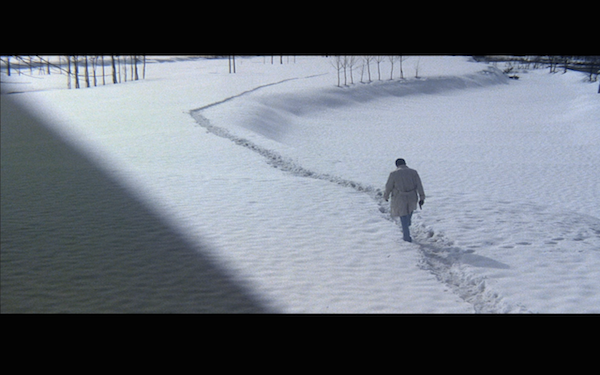 In several instances the style resembles that of a Spaghetti Western. There are long shots showing Tetsu drifting at some location, and his coolness is shown in close-up wearing his sunglasses and dripping in sweat, just like Sergio Leone was shooting Clint Eastwood around the same time. 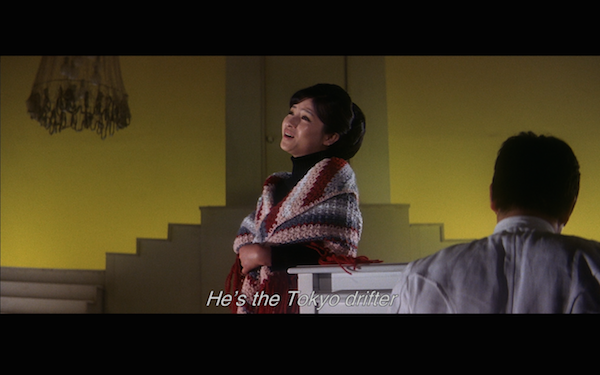 Another similarity with the spaghetti western is that the hero has a theme song, but rather than it being scored by Morricone and played as background music when the hero enters the frame, it is actually sung or performed several times in the film. He is introduced as the Tokyo Drifter by an adoring female singer, and the song takes on several other forms throughout the running time. At one time he sings it himself, and another time he whistles what is by that time a familiar refrain.

Much of what takes place in Tokyo Drifter can be dismissed as style over substance with a brainless heroic plot, but there is a message to be had. It is no coincidence that American GIs are at the center of a bar fight near the end of the film. They are abused in this fight, and they react with a silliness that was probably stereotyped for Americans at the time. It may not be as explicit as other films, especially Gate of Flesh, but Suzuki appears to be lamenting the modern world that the Americans have created since the war, with their values of money over honor.

This is one movie that cannot be spoiled because it is completely predictable. It is difficult to criticize it for being ridiculous and over-the-top. Is that okay? Can we excuse this one for being silly, while we condemn other poorly written films? Yes, I think so, because this one has no intention of being anything other than pure fun. It is not aiming at literary high art. It attempts only to be escapist and bedazzling, and on that level it succeeds.

Seijun Suzuki and Masami Kuzuu – This is a 2011 interview with the director and Assistant director. Suzuki saw this as a pop song movie, which it was. In some ways it could be considered a forebear to the music video. He said that they did not put as much thought into it as we might expect today. They were on a quick production schedule, so they discussed shot selections the night before. Their intent was to take the script and make the mundane seem interesting. Suzuki focused exclusively on style, and did not get much funding because his movies were not expected to be hits. He thinks that because they did not have money, they were able to get more creative. The vibrant colors were intended to highlight the pop song.

He denies being influenced by westerns, even though he did watch and admire them. This is one area where I think you have to take his denials with a grain of salt If he grew up watching westerns and this film ends up being full of similarities to the genre, then he was undeniably influenced by them, whether he realized it or not.

The film production revolved around star system. The studio intended to make Tetsuya Watari a star, and that is another reason why he was portrayed as heroically as possible and received flattering shots and poses. They even reshot scenes to heighten his presence.

The studio was against his films, especially this one because they too weird and surreal. The first version had a green moon in the final scene, which the studio made him reshoot, again making Watari more prominent, which he obliged. ‘What else could he do?’ he asks, laughing.

Seijun Suzuki – Here is was interviewed as part of a career retrospective in 1997. He started as a contract director doing B movies before being given the opportunity to make features, which is when he started making innovative genre films. He could not refuse too many scripts, and really why would he since they were all pulpy entertain films anyway? There were no perfect scripts, so he simply changed them as needed.

He tells some funny stories about Watari. He had orders to make him a star, but the actor was not experienced on the set. Many times he had trouble remembering his lines, and sometimes an AD would have to sit outside of the frame with a broom anf hit Watari in order to make him remember his lines.