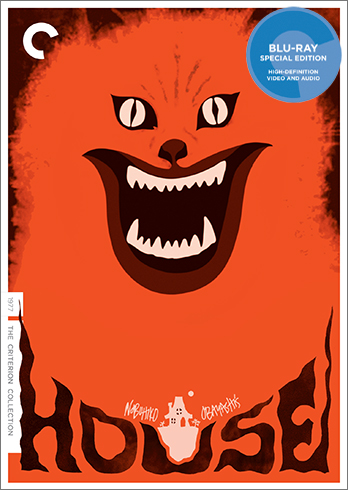 Aaron, Mark and Keith Silva talk about the Japanese cult, off-the-wall horror film House. This is a film that has to be seen and can hardly be described. We follow it up with a discussion of Stanley Kubrick’s The Shining, which we feel is the benchmark when it comes to haunted house films. Unfortunately we had some technical issues and lost a good bit of the House segment, but plan to re-record soon.

Special Guest: Keith Silva from Interested in Sophisticated Fun and Psycho Drive-In. You can find him on Twitter.

Shout out to Criterion Confessions.

Thanks to David for Moonrise Kingdom episode!

Criterion is back at Costco with four new releases. This picture is from @MarkHurne's local Costco in VT. @awest505 pic.twitter.com/bqORaQJ7L8

No more replacement title cases on the Criterion site.

There is no shortage of stylization in HOUSE. pic.twitter.com/6vlWcqBozr

One shot I love from HOUSE. You can see the matte painting behind the bus in image #1, then backdrop in image #2. pic.twitter.com/QKGz5ckZ8v

This is how you sell a jump scare. C'mon modern filmmakers. Learn. pic.twitter.com/ns9QQKgR1n

This would be the time I bid everyone adieu. pic.twitter.com/PgFc4ziMmt

So far looks like a sweet movie about a loving family and BFFs. I expect the rest to be pure, adorable, giddiness. pic.twitter.com/hJnjK0MouU

The many faces of Jack Nicholson as Jack Torrance in THE SHINING. "All work and no play …" pic.twitter.com/Ke3Og6WChw

The many faces of Danny Torrance from The Shining. pic.twitter.com/w7cxRCOh9r

The scary twins from THE SHINING. These girls look harmless now, but gave me nightmares as a kid. pic.twitter.com/TLZ9GInbBp

Love the exterior shots in the intro to THE SHINING and then we see the Overlook Hotel. pic.twitter.com/1opB5DnbT7