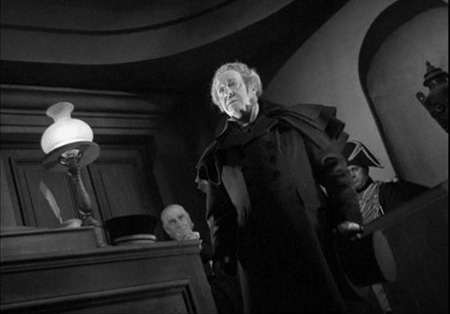 In my opinion, the 1930s were dominated by French cinema. That’s one of the reason I chose that as my independent study (technically resistance films, but used the 1930s to establish the film language and influences of those later films). It is no surprise that I have seven movies in my top 20 that are either directly involved with France or have French connections. My number one is the under-seen adaptation of Les Misérables is the most faithful and highest quality that I’ve seen. In fact, the others, especially the recent musical, pale in comparison. I saw the Eclipse version, but I hear that a restoration has been touring and I hope to re-watch that version someday.

My final cut was, The Black Cat . I have a lot of problems with the film, but the final haunting 20 minutes make up for my reservations. These are dark scenes even by some modern standards, so I felt it almost deserved inclusion.