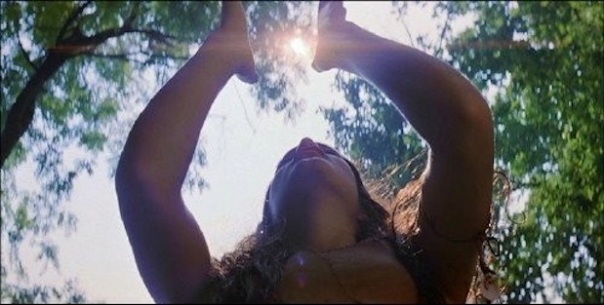 We’ve finished up the ‘4 years, and now we’re back to top, beginning with 2005. To be honest, 2005 was not a very dazzling year for film. There were some masterpieces that would make the list any year, but a lot of the later entries are relatively weak. This also happened to be a year where I disagreed with a lot of the consensus picks. I liked films such as The Squid and the Whale, Brokeback Mountain, A History of Violence, War of the Worlds, and others, but not nearly as much as most critics and friends.

What’s interesting about a couple films on my list, including my top selection, is that I didn’t necessarily enjoy them during the first viewing. I remember leaving the theater after seeing The New World disappointed, mostly because I thought the last third of the film ruined the momentum that Malick had established. With another viewing, I finally ‘got’ what Malick was doing. The same was true for Caché / Hidden. I’ve now since seen the film twice more, and found myself more engaged in the mystery than ever. Filmmakers like Michael Haneke and Terrence Malick make challenging films that deserve a second chance. Yet, oddly enough, most of their filmographies I love after the first viewing, especially Tree of Life and The White Ribbon.

Documentaries seem to always find their way onto my lists. Scorsese doesn’t get his due for his music documentaries, save for maybe The Last Waltz, but No Direction Home is unquestionably my favorite of his. Admittedly, I am a Dylan fan, but I think even non-fans would enjoy how he captures the New York folk scene in the 1960s.