← The River, 1951, Jean Renoir
A Trip to Criterion (and other NYC cultural excursions) →

A great thing about social media is you end up vibing with certain people. I’ve made “friends” with people that live thousands of miles away and speak different languages, just because we share a common interest. I started getting along with James Hancock several months ago. We have similar tastes and have done our share of tweeting and retweeting at each other. He started a podcast with Mikhail Karamidov and P.Dixon called The Wrong Reel, which I’ve found enjoyable. Often they talk about films that I haven’t yet seen, especially the films that are playing limited in New York City. Even if I haven’t seen the film, I always enjoy hearing their take on film news. They’ve even helped inspire this blog on a couple of occasions, like when I wrote about Errol Morris, and through their commentary, I was able to brave the muddy waters of Salò. 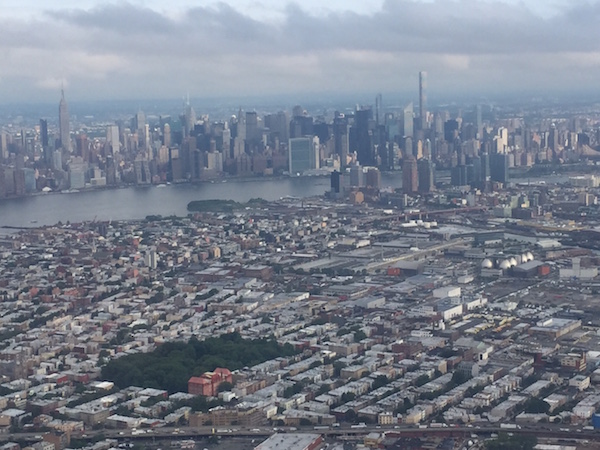 I was going to be in the city and wanted to check out some restoration screenings. I sent word to the guys and they were all for meeting up. That was weeks ago and we didn’t know what would be playing. I was hoping for the Apu Trilogy, but did not know it had been held over yet. Instead, when I learned the Sam Fuller’s Pickup on South Street would be playing, I asked the guys to meet me in person, and James and Mikhail were into it. Sammy and Lucille from Wonders in the Dark also joined us. They were super friendly and knowledgeable people. Sammy is my type of film buff. He has seen it all and just loves good film.

Of course the conversation was typical classic film geek stuff – in other words, heaven. I felt that we all clicked right away, but we only had a few minutes to talk before and after the screening.

I cannot remember if it was before or after the film when James asked, “hey, do you want to come up and do a podcast right quick? It’ll be just thirty minutes.” Wow, sure, I guess? After bidding Sammy and Lucille goodbye, he welcomed us to his NYC apartment (I know, could be the premise for a good noir crime film). He and Mikhail set up some microphones and gave me a Podcasting 101 class in five minutes. Their format was comfortable for a first-timer, just an informal setting with guys talking about a variety of film topics. My wife Andrea was also there, who they knew as a Jeopardy champ. That comes up a couple times in the podcast. 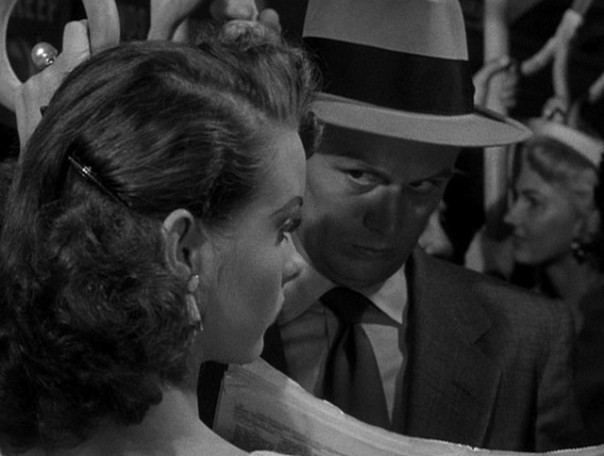 Here is the podcast.

You can probably tell that I was a little nervous, especially near the beginning. They threw me some curveballs. The toughest was asking me to pick two desert island scenes. Yow! That’s a brutal question to ask a cinephile, but I think I did well on the spot. They asked tougher questions, like my thoughts on the summer blockbuster season, which I honestly haven’t studied too much. This is an unusual year that nothing around the corner jumps out at me. There were also a couple bloopers that made it into the show. They had told me they edited the show, and one time I turned around and said something, and said “edit” in Ron Burgundy fashion. Yeah, didn’t get edited. There was another time with some technical problems. James thought my mike wasn’t working, but the issue was with headphones.

As for the meat of the movie, I hope I came across well. This one was of particular interest to me since the 4k restoration and already in the Collection, it is almost assured of being upgraded to Blu-Ray. That means I’ll be talking about Fuller again in the hopefully near future.

James and Mikhail were quite impressive. James knew practically everything about Sam Fuller — a fascinating individual, yet not a filmmaker I have explored in depth. I give Mihkail props for processing the movie in such a short of time and making valid analytical points, even if his opinion didn’t agree match up with mine or James. I’m the type of guy that usually likes my feelings on a film to brew at least a day or two, or sometimes a week (which is happening now with Modern Times, but that is more to do with me being on vacation). I loved the film and I hope I articulated as much. My comments centered on the filmic elements and not the actors, characters or plot. In fact, I winced when re-listening when I wiffed on a Thelma Ritter question and started talking about something else.

Aside from the learning lessons, I think it went off pretty well. We got to talk about a variety of topics, including Star Wars, JJ Abrams, Salò, and we had a lot of fun. As a listener to the cast, it was interesting observing James and Mikhail play off each other. They have a terrific dynamic and rapport, one which I was careful not to interrupt. On that part I think I succeeded too well. I could have chimed in a few more times. Even Andrea got her opportunity to participate, once with fact checking, and providing a background piece of trivia on another.

As we were parting company, the guys said “Aaron, you should start a podcast.” Ehh, tempting, but not going to happen. The written word is my preference, although now I might be more inclined to participate in others in the future. In fact, I’m already in talks with someone to appear on another favorite podcast of mine. We are working out the logistics and I’ll share something soon.

James, Mikhail, and P. Dixon (even though you weren’t in the room) – thanks for the good time and taking my podcast virginity!

Now onto the rest of my vacation. We will be checking out Pather Panchali tomorrow and just eating, drinking and walking the rest of the time. 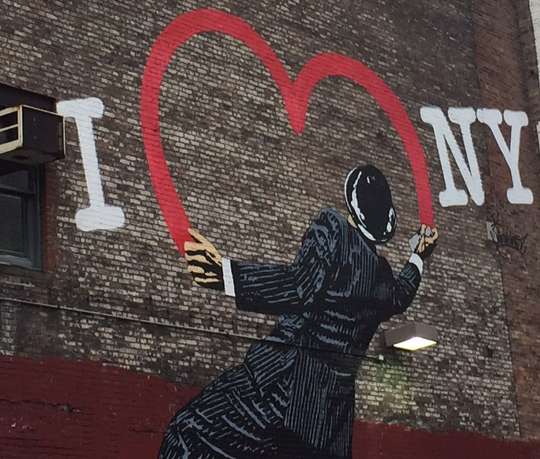 ← The River, 1951, Jean Renoir
A Trip to Criterion (and other NYC cultural excursions) →