My Journey to British Blu-Ray

Even though I love my Criterions, I have looked longingly quite often across the pond. The one limitation with US releases is that Criterion is basically the go-to label for prestigious classic films. Sure, others have their moment in the sun, but it isn’t much of a comparison. What’s more is that Criterion and Janus have the rights to so many movies that may never see a release (hence the Eclipse sets and Hulu channel). British labels for instance (Arrow, Artificial Eye, BFI, Masters of Cinema, among others) have a wide array of arthouse films available.

The label that intrigues me the most is Masters of Cinema, which could be called the UK version of Criterion. They coincidentally started me on this journey. We were tweeting about a title that was available through Masters of Cinema, and I tagged them, thinking nothing of it. I casually mentioned that down the road I might get a region-free player, but I wasn’t in a major hurry. Frankly, the idea of a region-free player doesn’t excite me. Fooling with firmware and getting a mediocre player is not something I want to do. Masters of Cinema surprised me by tweeting just to buy a British Blu-Ray player and an adapter. How simple! Why didn’t I think of that?

There were a few obstacles. It was difficult to find an Amazon player that would ship to the United States. I finally settled on this player. It was reasonably priced, had good reviews, and looked to be eligible for US shipping. I put it on my wish list and planned to come back when I was ready, probably sometime over the summer.

I also asked Brian and Ryan from Criterion Cast’s Off the Shelf podcast for their suggestions about the best Region-B releases to try. I told them my plans about buying a British player rather than going Region free, and Ryan stopped me right there. He said that even if a player says it will ship, it might not ship. He (or people he knew) had tried to order players, and they simply would sit there and never ship. He contacted service and nothing happened, so he eventually canceled the order.

When I heard this, I placed the order immediately. It was May 27th and it had an estimated ship time of a couple weeks. Fine by me. A little bit of time passed. I checked, and no movement. It had not been “dispatched” as they say in the UK, whereas most Amazon UK orders dispatch within a day or two, sometimes on the same day. I checked again later, and still nothing. Maybe Ryan was right?

I contacted Amazon customer service and asked them the status. They were quite helpful and apologetic, but they explained that the shipment delay was because it had to ship from a distribution center in another country. It would ship around mid-July. Huh? When I heard this news, I had practically given up. I doubted I would ever see the player. I went on with my life and forgot about it, but I did not cancel the order just in case.

Within a week or so, I received a surprising email. The player had been dispatched and was on the way. It even had a tracking number. Now I got excited. I watched as the player bounced around the UK until it stopped in Surrey. I checked periodically, and again, no movement. I was beginning to think that my expectations were getting the best of me again, and that it would never leave Surrey.

On June 20th, a Sunday of all days, I noticed a suspicious package on my doorstep. It looked big and bulky. What did I order? It was an Amazon box, but it wasn’t the pristine looking boxes that you get from Amazon US. It looked like it had been around the world. Well, it had. The Blu-Ray player had arrived!

That was a major step, but that was not the final step. You cannot plug and play a British piece of equipment. We have different plugs. I needed an adapter of some sort. It also had to be the right voltage because our plugs and their plugs generate different amounts. As I investigated the player, I found that it required 250V. That could be a problem as most standard adapters only support up to roughly 150V.

I was back on the detective trail. At first I searched Amazon and found a number of low cost adapters, but in the questions section, most of them said they would not play laptops or other electronics. The others simply did not have the wattage levels. I tried Amazon UK thinking that there has to be something available there for British travelers visiting the states or elsewhere. Oh, there were plenty there, but the only problem is I could not find a single one that shipped to the United States. Sigh.

Back to the drawing board, I tried Amazon.com again. I aimed at a little higher price point and found some more viable options. I settled on this one because it was advertised as “100% Compatible with US, UK, EU, & AU plug/socket standards!” It said it handled up to 250V.

Knowing that Amazon has a good return policy, I took the plunge. There was no shipping drama. It arrived within two days. I was wary of burning the house down, so I found the largest surge protector in the house, unplugged everything from it, and gave this little baby a try. A white light came on. Success!

I tried it with the TV. We have two, one of which is a little older. That one did not work. It said that it did not have the proper resolution to support the player. Sigh. It seemed that every time something good happened, something bad would follow.

I tried the other TV and was prepared for disappointment. The light turned on; the TV was thinking. All of a sudden the language options showed up. VICTORY! The first disc I tried looked gorgeous. 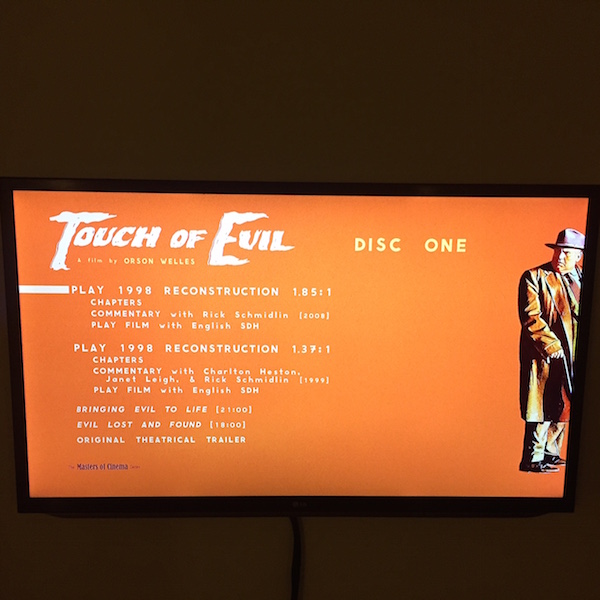 So the whole thing set me back about a month and $80, not to mention all the extra discs I’ll be buying in the coming months and years. Was it worth it? Absolutely!

I’ve already bought some British Blu-Rays and more are on the way, so I’ll follow this up later with a post with the beginnings of the collection.