My Life as a Troll 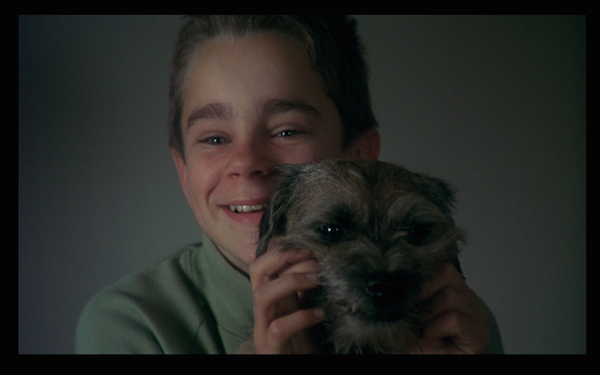 This morning I posted a review about Lasse Hallström’s My Life as a Dog over at Wonders in the Dark. Some may remember that I podcasted it with Martin Kessler a couple weeks back, and my review basically touched on the analysis that we talked through. I was pleased with the piece, and went out of my way to avoid major plot developments. I did speak generally as to the problems that Ingemar faced and how he handled them. I let it go and figured I would get a good response.

Instead I got trolled. I’ve been trolled before. That’s unavoidable in the modern day of anonymous commenting. Even this site has been trolled. Actually a good friend of mine was trolled just recently and I defended him. Trolling is something that has to be accepted, and I agree with the wise advice that trolls should not be fed. In a moment of weakness, I fed this troll. I defended myself, and that prompted the troll to continue.

The subject was not about the quality of the review. This person actually complimented that. The problem was with spoilers. In speaking of the film, I revealed a couple of minor developments although I did not reveal the major, traumatic plot points. I’ve written about a lot of films and have learned ways to navigate around them, in the hopes that if someone has not seen the film, they won’t be spoiled. On the other hand, those who have seen the film know where I’m getting at. Some people are spoiler sensitive, and so I developed a Spoiler policy a long time ago, which you can see on the About page. When talking about a newer film, I’ll be careful to warn people of spoilers. If I don’t have to spoil a film, i won’t. Sometimes the ending is required to delve deep into an important film, and what I’ve done here is separate it with a warning and an image. People can keep reading at their own risk.

This person pointed out what I spoiled. One specific was how I defined a major character. What I said is something that is revealed within minutes of this character’s introduction. The other had to do with him parting company with someone, which happens very early in the film. Now some of these plot points do come back into play later in the film. I stand by the fact that I did not spoil the film, and Martin and I were careful in our discussion to do the same.

Have I ever mentioned how much I love the internet and social media? First off, some of the regular commenters rallied to my cause. I highly recommend you read the comments, although be warned, we spoil under-seen films such as Star Wars, The Sixth Sense, Psycho, Casablanca, and others. The commentary became very funny, and it extended to Twitter. I have to give a shout to Fritzi from Movies Silently for giving me a few chuckles. I was not the only one chucking:

And with good reason:

This troll also mentioned that we should write more in the TV guide style. Fritzi called her bluff:

@awest505 I notice also that they do not link to this mythical land of TV Guide-worthy reviews.

It is easy to have fun with the subject. The troll probably has taken offense, and has back-tracked in the thread, but I will concede that spoilers are something to steer clear of. If I’m watching something that’s obscure and people probably haven’t seen before, then I’m not going to ruin it for them, but instead use my words to tantalize them. On the other hand, modern, professional film writing requires that you talk about all aspects of a film. I know that, and that is why I avoid reviews for films I have not seen.

There’s also the point that people can be too spoiler sensitive. I understand and appreciate that people like to go into a film clean, and I am one of those people with new films. If something is spoiled, I don’t make a fuss about it. I’ve had major films spoiled in film studies classes. It would be unbecoming to raise my hand and troll my teacher. Life is short. Movies are fun. Don’t worry about little things.

So what did I learn from this?

A) Do not feed trolls.
B) The internet is funny.
C) Probably should be careful with spoilers.
D) There is a hidden oasis of TV-Guide reviews hiding in some dark corner of the internet.