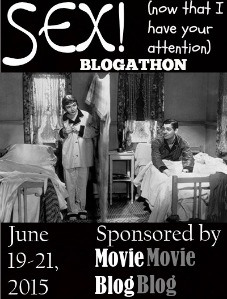 Monika and Harry are like many young, lusty couples. We see the courting process with them watching a romantic movie together. She is in tears while he yawns, which is typical, but through their brief time together they establish a deep, romantic connection. From there they escalate to a sexual relationship.

Even though Bergman had not launched on the internal stage just yet as a major auteur, by 1952-53, he had honed his filmmaking craft. The film language he used in films like Summer with Monika and previously in Summer Interlude would remain relatively constant throughout the rest of his career, but of course he improved and became more capable over time. He also showed early on a keen ability to demonstrate romanticism, sensuality and even sexuality. Because of the Hay’s code, American filmmakers had learned the power of suggestion through film language to hide the overt sexuality in film. Bergman borrowed some of these hints and developed a few methods of his own, but he also not afraid to dip his toes in the water and explore sexuality more directly.

Shot from the boat’s perspective.

We know that Monika and Harry begin an attempt at escalating the physical relationship because they are in the midst of some heavy petting when her father comes home. They quickly dress and act as if nothing was happening, which is a subterfuge that many (probably even Bergman) can identify with. They then meet on the boat and presumably have sex. They are in the same bed and there are vague suggestions at sexual activity. Harry loses his job and does not care. His new job is within the arms of Monika. As he ventures away from the city with her, we see the city from the boat’s point of view. The camera rocks back and forth, which we would expect from a floating boat, but in my opinion it is rocking because of the activities taking place within. Later in the film we learn that Monika has become pregnant. Conception most likely took place during these early scenes.

The sexuality transforms from suggestion to depiction as they reach the island. We first see Monika wearing a revealing bottom and a loose shirt, which she takes off. This is only the beginning of a series of scenes with a scantily clad Harriet Andersson. As they settle on the island, we see what is quite close to nudity. She faces Harry and removes her top, revealing her nude back. We then see her from Harry’s perspective, but his body blocks any nudity from showing on camera, yet his wandering hands clearly reach those same hidden areas. Monika gets up and runs to the beach and we see her naked behind, and then the film cuts to her in a natural pool. This scene is tame by today’s standards, but for 1953, it was quite scandalous.

The relationship and plot play out over the summer, and since this is not a traditional review, I’m going to skip these details. As they get settled back in the city, Monika becomes weary with her relationship and strays elsewhere. Bergman communicates this by simply having her look at the camera seductively when we know she is out of the house and away from Harry. This was also scandalous, because this was a sexually licentious woman. People in film were not often portrayed as straying from a committed relationship or marriage, even if it was only hinted at (although confirmed later) like in Bergman’s film. 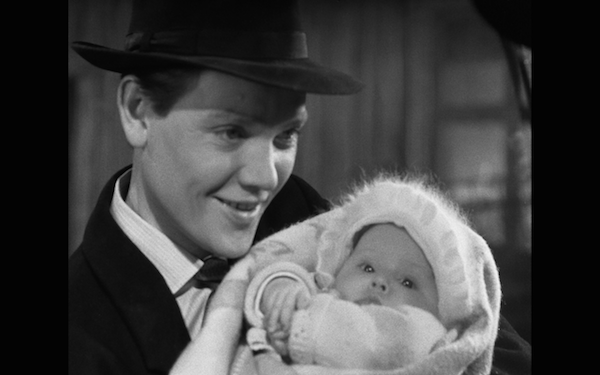 In one of the final scenes, Bergman goes for the gusto. We see Harry raising his little girl, betrayed and rejected by Monika, but that summer still enraptures him. It isn’t clear whether the sexual escapades or the romantic moments are the most magical in his memories, but the version of Monika in the summer was a fairy tale. We see a flashback from his perspective of Monika in the same near-nude sequence as earlier, but this time the film does not cut as she runs to the beach with her rear exposed. She is fully nude, although this is a long shot so, again, not very explicit to modern eyes, but progressive for back then. Given that Harry remembers that one, erotic image, I think it was his personal sexual revolution that he longs for.

This is a brief introduction from 2003. Bergman felt affection for the film because of the way the screenplay came together, but also because of his introduction to Harriet Andersson. He had seen her in a stage play in fishnet stockings and lace, so he wanted her to be in the part. He did not go into the fact that they became lovers.

It had been 60 years and for her age, she looked remarkable. She speaks English well, with a strong accent. She talks about her origins in the industry, from being picked out to working with Bergman.

Bergman’s reputation in Sweden was very poor among actors at the time. He was reputed to yell and scream at them, and had his eye on young girls (which isn’t entirely inaccurate). She auditioned with an 8-minute shot where she was sketchy with her lines. She was surprised to get the part, which was a dream part.

She was not worried about the nudity. They were on an island so it felt natural, and the crew had seen it already. It felt liberating.

They talk about her looking at the camera, which was a scene that was appreciated by the French New Wave. She was shocked at the scene at first because this was something that wasn’t seen. People didn’t look at the camera. She thought it was strange, but went along with it.

Because of being lucky in getting this famous role, she was able to get roles with other directors and of course many future Bergman films. It was a break-out role for her.

Images from the Playground: .

This half-hour documentary is introduced by Martin Scorsese, who produced it through World Cinema Foundation. He was fortunate enough to live through Bergman’s career genesis from Summer with Monika up to Saraband. The documentary has behind the scenes footage from Bergman working on the film. It is from Bergman’s 9.5mm camera, and is almost like a home, silent video. It has narration from audio interviews of Bergman and his stable of actresses.

They talk about the production, such as Bergman discovering Harriet and talking about how gorgeous she was. It is interesting to see this commentary, but it is easier to just get caught up in the images and narrative. They take the documentary beyond just Summer with Monika. Bibi and Liv also participate. Bergman talks about the importance of all of these actresses and there are reflections on the fact that Ingmar was involved with them intimately at some stage.

This really is a magnificent little piece of film. It is the treasure of the disc.

Summer with Monika was a controversial picture in the states, and was hacked up and released as exploitation-fare with an English dub. This is an interview with Eric Schaefer who talks about how it became exploitation fodder.

During post-war period, distributors were importing films from overseas with adult content. These arthouse films were released in the exploitation circuit. Monika fit well with this market because of the brief nudity and sensuality.

Kroger Babb, an exploitation exhibitor, got the rights to Summers with Monika for $10,000. He then put in $50,000 into the film for cutting and dubbing. He got it through deceptive and suspect means, and Svensk took legal action because they soid the rights to Janus Films. They worked out a deal to release “Stories of a Bad Girl,” Babb’s version for five years, while Janus would release it for art audiences.