The End of the Studio System, Part 3

This is the third post of three that is part of the Classic History Project Blogathon hosted by Movies Silently, Silver Screenings, and Once Upon a Screen, and sponsored by Flicker Alley.

Part 1: The Foundation Slips
Part 2: The Beginning of the End

During the 1950s, the film industry crashed precipitously. By 1953, only half as many people were seeing movies in theaters as they were the decade before. By 1957, only 15% of the population went to the movies at least once per week. Meanwhile, the US was in the midst of a post-war economic boom. People had money to go to the theaters. Why didn’t they?

It is too easy and convenient to pinpoint the Paramount Decision of 1948 as the reason for the downfall of the studios. It surely was a catalyst, but there is no single answer. Divorcement was one of many reasons for the downfall of the studio. A lot of people blame television, which is also fair, but again, just one of many reasons for the decline. It was a perfect storm of legislative, technological, and socio-economic changes that drastically reshaped American society, and subsequently, American media.

In the aftermath of the Second World War, the armed forces returned home to economic prosperity. With improvements in automobiles and extra disposable income, people had the opportunity to move away from the big cities and into the suburbs. Levittown is a famous example of these communities, but there were many like it. The suburban sprawl began rapidly in the 1950s and continued gradually.

Another major driver of this migration was the Baby Boom. People were having kids and wanted to live in quieter, more relaxing places to raise them. This was the age of the nuclear family, and people wanted to spend their time raising children or participating in family and group activities.

It was not easy to bring movie theaters to the suburbs. The old movie palaces had been urban spectacles — vast buildings that were usually in the heart of downtown and could hold massive crowds. These theaters attracted people to the city and were the source of the studio profits. As people moved away, these large palaces eventually faltered. It was a challenge to bring movies out to the suburbs because the population was so scattered.

This was also the time period where the 5-day work week was becoming the standard. People had their weekends free and wished to spend them on activities such as homemaking, gardening, and sports. With transportation and money to burn, people wanted to see the world on vacations rather than see artifice in the movie theater. Prosperity actually hurt the studios.

The role of television in the downfall of the cinema is hotly debated. Many consider it to be a direct cause for the studio’s demise, while others see it as more of a symptom of the economic transitions happening in society. Regardless of where experts stands on the topic, television was a factor. It quickly became a popular appliance and allowed people the convenience of consuming media at home rather than going to the theater.

The television boom began in the late 1940s and continued throughout the 1950s. The growth was rapid. By 1960, 87% of the population had a television. Unlike the movies, where people sit in dark rooms, television was a social activity. People would gather together and watch a program at somebody’s house.

The large movie palaces gradually went away in the 1950s. They were replaced with arthouse cinemas, which would attract a higher brow, more intelligent and sophisticated moviegoer. The demographics for these films were older and more cosmopolitan. Many of these audiences watched films that are discussed here at this blog.

There was a foreign film boom in the late 1940s and 1950s, many of which took hold and became popular in the United States. Among these imports were the post-war Japanese (Kurosawa, Mizoguchi), Italian Neorealism (De Sica, Rossellini, Fellini), French noir (Melville, Clouzot), and later the French New Wave (Godard, Truffaut). Foreign films were not subject to the Hays code and often were provocative with sensual situations. Bitter Rice was a film that was noted for sexual suggestion. The Bergman films of the 1950s also titillated audiences, such as Summer with Monika as an exploitation film. Compared to the American films, the audiences were still small, but these foreign films pushed the boundaries and played a part in removing the Hays Code. 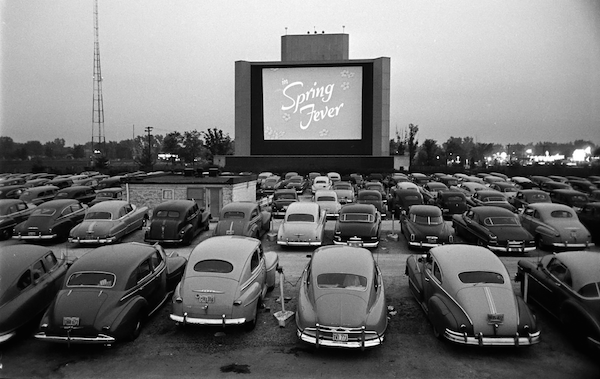 One creative way to get theaters to the suburbs was through drive-in movie theaters. They were relatively easy for exhibitors to open because there was plenty of land available in the suburbs. We think of the drive-in theaters differently than what they were in the 1950s. They were not just for watching movies, but were a hotbed center of activity. Of course there were the movies, but there was also food and other amenities. Some would even offer laundry services. The drive-ins were eventually seen as immoral and degenerate. Kids would use the drive-thrus as a place to discretely bring a date or get into trouble.

The next suburban theater was a bi-product of the advent of the shopping mall. Every mall would eventually have a multi-plex and most still remain today. The reasoning was that the mall would draw consumers, and movies were a way to take a break between shopping.

This may seem incomprehensible, but the studios had not done any major market studies prior to the 1950s. However hubristic it may sound, they did not have to prior to the 1950s. So many people went to the movies that it was almost a waste to track where they came from. Prior to the 1950s, they ignored teenagers because they thought of films as family outings. As the war babies started to reach adolescence in the 1950s, they became a large market with free time and allowances to spend. During this time, Hollywood finally started using modern marketing techniques and determined that teenagers were regularly going to the movies. They subsequently targeted these teenagers with their content. 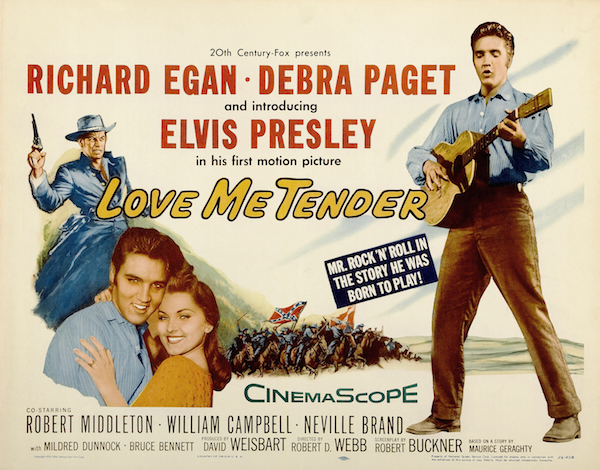 Even though it was a social picture, Blackboard Jungle was a surprise success. It was also notable for using a rock and roll song, Bill Haley’s Rock Around the Clock. In 1955, Sam Katzman ushered in teenage rock and roll movies starting with the film version of Rock Around the Clock. This trend continued, and soon Elvis Presley movies gained traction. His debut was in Love Me Tender, which was successful due to his popularity with teenagers. He starred in a total of 33 films, most of which range from bad to mediocre, but they attracted fans. There were plenty of other teen film franchises. Gidget was hugely popular and started a franchise of its own, plus it ushered in the Beach Party film. Teenagers came out in droves to watch these movies.

As already discussed, television began by piggybacking on the radio concept of nationwide “live” content. That carried them for a short while, but soon a more diverse range of content would hit the screens. The studio system is responsible for much of this content.

The independent producer model took hold with television. Major Hollywood players began dipping their toes into television in order to make profits. David O. Selznick came out of retirement to do this very thing. He achieved success with a program called Light’s Diamond Jubilee, which was broadcast on all four networks and seen by 70 million viewers. This was a staggering number for the time period. Other similar jubilees preceded Selznick’s and would follow him. As he was before with film, he became obsessive with the project and this was the final Selznick TV production.

The most notable independent production company was Desilu, founded by Desi Arnaz and Lucille Ball, and popularized by their hit show I Love Lucy. That was not their only success. They would release The Untouchables, Star Trek and many others. Delis proved that independent producers could become television tycoons.

Eventually all of the major studios would transition to television. As already discussed, Disney was the first to find success with Disneyland and later Walt Disney Presents. After early failures, the studios gained a foothold in this new arena. They still had studio space that was not being used, so they started putting together television programming. Warner Brothers signed a deal with ABC and launched Warner Brothers Presents, which was their first foray into television. They continued their relationship with television, using the same production methods as their old B movies and found success in television. They became known for their westerns like Cheyenne, Maverick and Sugarfoot.

Universal/MCA became the unquestioned leader among studios in television production. Their continued production of B pictures after the Paramount decision helped for a smooth transition from the large to the small screen, and they transplanted many of their successful film franchises to television. They also launched popular shows of their own, such as Leave it to Beaver, Alfred Hitchcock Presents and several others. Today they are a multi-media conglomerate, NBC Universal, that own various entertainment properties.

As the tumultuous 1950s ended and the 1960s began, the studios had reached a level of comfort and stability. They all continued working in television, using their facilities for new programming, and they continue to be major players in television today.

The independent producer model, as previously discussed with Selznick, became the norm. Professional producers such as Hal Wallis and Robert Evans worked closer alongside the studios and the talent. Evans had previously been head of Paramount until he obtained success with Chinatown in 1974. He then stepped down and worked as an independent producer, yet he continued to produce films for Paramount.

Steven Spielberg’s Jaws was the first blockbuster hit, and it revived the studio system to a certain degree. They were still divorced from vertical integration, but they began to focus on large blockbuster releases, a trend that continues today. One could argue that Jaws saved the studios, and ever since they have relied on blockbuster franchises for their core profits.

WHERE ARE WE GOING?

We are now in the digital age, which seems to be another period of transition. Box office revenues are still high, but more and more people are watching movies at home, either through streaming services like Netflix, Amazon, Hulu or Video on Demand. Premium content that used to be found only on the large screen as a film can now be found on cable as an expensive mini-series. Popular shows like Game of Thrones and The Walking Dead would not have a chance twenty years earlier.

Predicting the future is impossible, but sometimes the past informs the future. We could be heading into another transition into the digital change that will change how people consume entertainment in the future. Only time will tell what this will mean for cinema, television, and visual media in general.