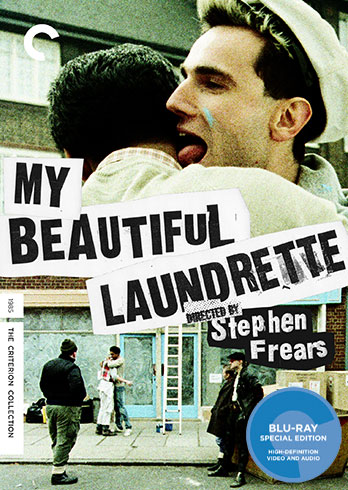 There have been numerous post-colonial portraits of the United Kingdom, most of which deal with the new class system and how they adapt to this transformed society. Generally when portrayed from the lower class perspective, the story is about having to deal with past and continued oppression, and that they try to subsist when others are born in a more privileged position. In My Beautiful Laundrette, this type of story is turned on its head. The lower class immigrants have come so far since colonialism that they have not only assimilated into this society, but they have essentially become a version of this new, upper class. Rather than be exploited, they find the opportunity to be the exploiter.

Another major factor was Thatcherism (Margaret Thatcher for those not aware). Thatcher ‘s policies benefited and encouraged the upper classes, while neglecting the lower classes. Frears was clearly not a Thatcher fan, and he used minorities obtaining a privileged position as a way of being critical. He stopped short of being racist. In fact, I think the opposite was true, and he presented a balanced and perhaps realistic perspective of the situation. Under Thatcherism, minorities were able to get the upper hand on lower class whites. However, they were still not entrenched as the upper classes. One of the less scrupulous rich minorities at one point says, “we are nothing in England without money.” Through Thatcher’s capitalist policies, it is greed that defines position.

Omar (Gordon Warnecke) is the protagonist, and he sees both sides. He lives both in the white lower-class world through his interactions with Johnny (Daniel Day-Lewis) and with the privileged minority status of his rich uncles. He is also exposed to a staunchly anti-Thatcher father, whose political views resemble socialism more than any other. All of these forces tug at Omar, which makes him a captivating and well-developed main character. 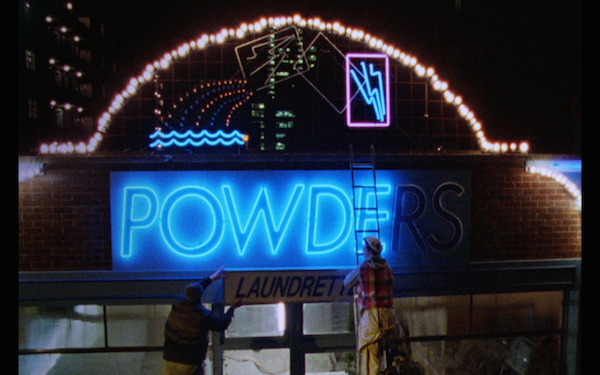 Omar finds a Laundromat as a means to his success, and like his rich uncles, he embraces the thirst for money through a strong work ethic and a relentless desire to succeed. Once given the opportunity to manage the Laundromat, he pours everything into this project. What complicates the class-conflict dynamic is that he recruits Johnny as an employee. Johnny is a reformed skinhead and is decidedly anti-Thatcher. He is not racist, but his former “blokes” are. It is telling that the original Laundromat name was “Churchill’s Laundrette,” which Omar and his uncles later change.

One of the rich uncles says that, under Thatcherism, “in this country you can get anything you want. It is all spread out and available. That is why I believe in England. But you need to know how to squeeze the tits of the system.” This is a strange sort of loyalty to a country. It speaks little to their nationalistic pride. To the contrary, they still maintain some of their ethnic identity. It is more a statement that they will use the system to enhance their position, and that includes exploiting the lower class whites like Johnny. They are even proud of that exploitation. Even Omar succumbs to that sensation at one point, finding himself in a socially juxtaposed than what existed 30-40 years prior, and feeling a form of euphoria. It is intoxicating, and that is exactly the type of lure that his father warns against.

Omar and Johnny have a homosexual tryst, which was controversial back in 1985, although is more accepted nowadays. The fact that the two would pair says something about this dynamic. We have a strong main character in Omar who has been raised under two opposing ideologies, and Johnny, who relates more to the leftist of those influences and literally hates the right-wing element. Out of friendship and perhaps his desire for Omar, he does a good job helping develop the Laundromat, and in turn becomes an exploited worker. This conflict would come back into play to great effect in later, climactic scenes.

The many faces of Daniel Day-Lewis in MY BEAUTIFUL LAUNDRETTE (Frears, 1985). pic.twitter.com/eirIltAPRg

Writing this today, Daniel Day-Lewis is one of the top global movie stars, and many would argue that he is the best actor of his generation. He was stunning in Laundrette. One thing to keep in mind while watching his performance is that the person is far from lower class, yet he embodies the character with chameleonesque ability, a trait that would seem natural to him in the years and decades to come. The performances are all solid, especially Gordon Warnecke as Omar. Day-Lewis still manages to steal every scene he is in, and it is no surprise that this role would be a breakthrough and lead to plenty of success, although with his talent. It would have happened anyway. Johnny also represents an opposed ideology from Omar. Even though he does fine with the Laundromat, work ethic is not a means to success. He has different ideas about how to achieve wealth, which is crystal clear when he says, “This city is chalk full of money. When I used to want money, I’d steal it.” 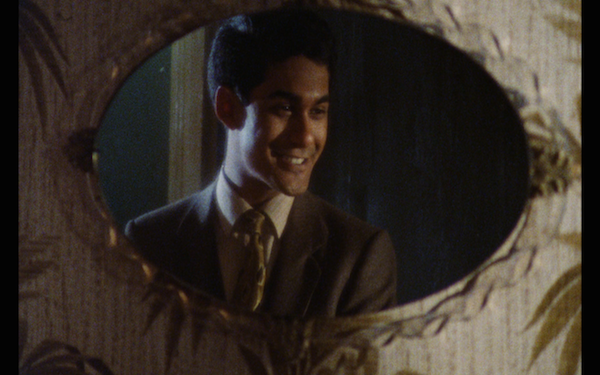 This was my second viewing of the film, and the first in many years. I’ve seen other Frears’ projects and respect him as a director, although I would not go so far as to call him an auteur. I was pleasantly surprised by some of the shot selection and direction in this film. He makes good use of camera angles and even has a lot of mirror shots, all of which are important because many of the characters have multi-faceted experiences and perspectives, and I did not even touch on an adulterous Pakistani-English adulterous relationship that speaks more about the relationship between the two cultures as anything else in this film. I was also surprised to see such a rich and textured perspective of class dynamics, which is easier to pick up on in hindsight than it was in the 1980s. Not only is My Beautiful Laundrette a superb film, but it is a document of its time.

He was a middle-aged, working TV director while Thatcher was in power. Lindsay Anderson, Jack Clayton, Ken Loach, inspired the change in UK film (we discussed some of this here), and he worked at the BBC in the 1970s.

Thatcher changed the world for everyone, including for them in TV production. Channel 4 came around, which was mandated by Thatcher. Laundrette was intended to be a TV movie. Hanif Kureishi showed up at his office and explained the script.

He mentions the names of the actors that he considered, all of which are famous now, such as Branaugh, Oldman, etc. Nobody thought Day-Lewis would become a star, but it really happened by him playing this working class character and following it with A Room With a View. Of course Frears says he was very good.

He denies auterism. “How can I be an auteur if making a film about a culture I don’t understand?”

The story is about a boy and a father spending too much time with each other, which reflects Kureishi’s life. This was a traditional story with an uncle leading a youngster out into the world, and he becomes sexualized by this experience.

Kureishi wanted to show the abuses of racism, which he had experienced before, but he also wanted to find his own voice. He called A Passage to India and the Merchant-Ivory films as boring, while Thatcher was destroying the working class.

He was influenced by Derek Jarman, Peter Greenaway, and also Paris, Texas, especially the mirror.

Tim Bevan and Sarah Radclyffe: First feature production of theirs and they founded Working Title. 2015 interviews.

This came at an interesting point in cinema. Channel 4 had started, so independent film began. Music videos were getting popular, which got young people into the industry. Thatcherism also got rid of the unions.

They started as music video company, and to get to know directors, they asked these directors to do music videos.

They talk about how Hans Zimmer did good work and was recognized in Hollywood from this and another movie they did, A World Apart and was hired to do Rain Main, which basically launched his Hollywood career.

They went from film to film, and were focused on that more than running a company. They were basically unorganized and insolvent. They were not paying any bills, just flying by the seat of their pants. They found funding and that established the company as it is today.

This was cinematographer Stapleton’s first collaboration with Frears and they would go on to make seven more films.

His shooting style at the time was very early eighties, wide lenses, vibrant colors, and very much like music videos. That was in frame of mind when starting his career. He had worked with Julien Temple as well.

When he sees it today, he sees it as very stylized, more than what he did ten years later. He no longer uses the type of extravagant colors that he did then, for example. He was following his instincts, which Stephen was doing as well. They didn’t storyboard, but let the action dictate wheat they would do.